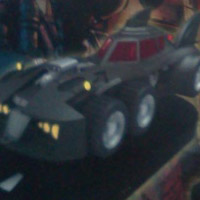 Yes, the Invisible Jet. HeroClix is expanding their vehicle lines with the Batmobile and Invisible Jet, but that is all for now. The full Batman line will contain over 50 pieces including: Harley Quinn, Batgirl, Two-Face, Alfred, Nightwing, and characters from Batman Inc., the Outsiders, and WildC.A.T.s. Kicking off with the release will be the “No Man’s Land” organized play event that will last for six months. Preview pictures of character pieces below, but sadly nothing of the Invisible Jet. You can expect this set to start hitting shelves on November 14.