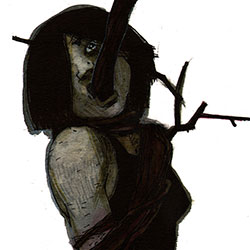 The Suicide Forest, the graphic novel from IDW Publishing, is getting the film treatment, and the company has attached Hideo Nakata to direct.

Nakata’s name should be familiar to horror fans, as he was the director behind Ringu – or as it was adapted in the United States of America – The Ring.  He also directed The Ring Two, but I don’t know if that is as important to know.

The Suicide Forest graphic novel is written by El Torres with art by Gabriel Hernandez, which revolves around the Aokigahara forest outside of Tokyo called the Suicide Forest due to the number of people who go there to kill themselves each year. The first book in the series was reviewed on The Major Spoilers Podcast, if you are interested (and we know you are).

Roy Lee and Taka Ichise are producing the movie, and are currently looking to hire a screenwriter. IDW’s Ted Adams and John Middleton are executive producing the flick.