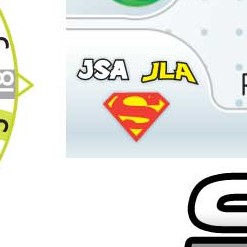 Wizkids has announced the final con-exclusive figure for Heroclix this summer, and it’s Superman and Superman. For a closer look, you’ll need to take the jump.

Highlighting the Golden Age Kal-L and the Modern Kal-El teaming up at the end of Infinite Crisis, this figure is just plain awesome. We get one of the coolest duo sculpts Wizkids has ever put out, and it’s on a very playable piece as well. I am looking forward to GenCon in August where the first chance for anybody to get one of these will be.