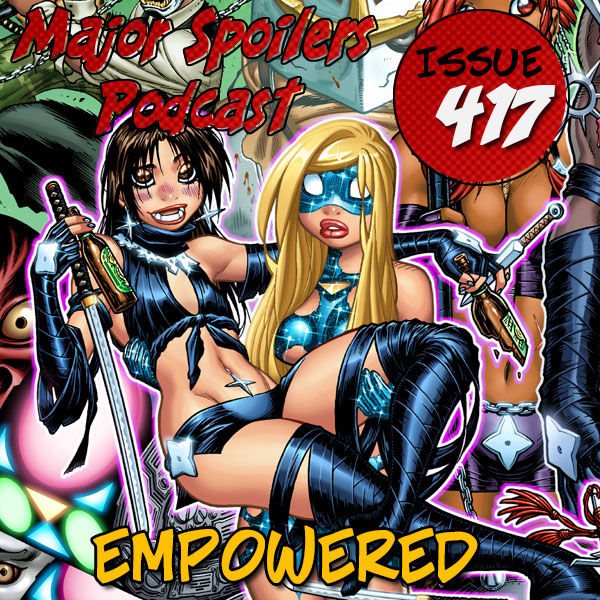 REVIEWS
Stephen
Invincible #92 Writer: Robert Kirkman Artist: Roy Ottley and Cory Walker
What has been going on with Monster Girl and Robot? What happened to them while they were in the Flaxan dimension? All answers will be revealed – starting now! Meanwhile, trouble is brewing in the present and the New Invincible is already in over his head! All this – and where is Mark Grayson?!

Rodrigo
Alabaster: Wolves #3
A glimpse into Dancy’s past, as she follows her two guides—each less trustworthy than the other—deeper into the twisted maze of the town.

Matthew
Harbinger #1
Writer: Joshua Dysart
Artist: Khari Evans
Teenager Peter Stanchek is on a dangerous path, but wields an even more dangerous power. Skipping across the country in a desperate attempt to stay one step ahead of the authorities, Pete is quickly realizing that he’s a psionically-powered “harbinger” with the potential to control minds, manipulate matter, and forever alter the course of human history. But behind the scenes and half a world away, Pete’s plight has not gone unnoticed by respected philanthropist and fellow harbinger, Toyo Harada. Will Harada offer Pete the chance at the things for which he’s longed — family, inner peace, control? Or will this unlikely hero find himself inducted into a secret network of conspiracy and subversion?

Rob
Super Dinosaur #11 Writer: Robert Kirkman Artist: Jason Howard
The Exile has Derek Dynamo in his clutches – his master plan is coming together. Is Super Dinosaur too late to stop him?! The Exile plans to take over the world – enslaving mankind. How does Derek factor into that? All this and Doctor Dynamo once and for all confronts his nemesis, Max Maximus!

Major Spoilers Poll of the Week
Throughout the ages, there have been a number of giant robot fighters that have appeared on the scene. From transforming monster trucks, to space fighters (in spaaaaaaace), pop culture and comic fans have sided with their favorites, and are willing to come to blows in order to defend the honor of their favorite mega-robot.
Which means it is time to start a fight!

Discussion:
Empowered Volume 07
While costumed crimefighter Empowered makes a startling discovery regarding her unfortunate status as an all-too-frequent “damsel in distress,” her hard-drinking best friend, Ninjette, confronts her own sordid past, violent present, and frighteningly uncertain future as she fights a desperate, single-handed battle against an entire clan of supernaturally durable ninja warriors. Can our two hard-luck heroines also withstand the further perils posed by supervillainous minivans, dueling sets of “daddy issues,” doomed-but-still-hot boyfriends, undead karaoke party-crashers, and even “spoiler alerts from hell itself” foretold by infernally omniscient demonspawn?