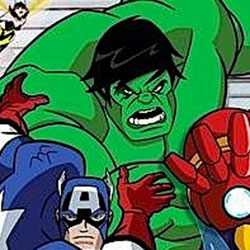 Though I have had my problems with the way Avengers: Earth’s Mightiest Heroes has been handled as far as dangling storylines go, I have generally enjoyed the series.  Which is why it is sad to hear that Disney is cancelling the series on its Disney XD channel.

But wait! There’s a silver lining in the news!

While it is ejecting Avengers: Earth’s Mightiest Heroes, Disney has announced it is replacing the animated series with a new Avengers series called, Marvel’s Avengers Assemble! The show should arrive on Disney XD (the logical network for the cartoon) in 2013, and the line up looks to include the Falcon for sure, and the Black Panther is rumored to be in the line up as well, which would lend more support to the rumor that Marvel is prepping for a Black Panther movie.