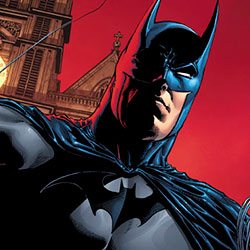 DIGITAL COMICS: DC brings back Legends of the Dark Knight These are simply not reprints of old LoDK issues (you can find many of those already on the DC Comics App), but rather new tales, with the first being written by Damon Lindelof, LOST writer, who will be taking on the first six chapters of the first tale.

New chapters are released every Thursday for .$.99 each, which follows the Smallville, Season Eleven, digital comics method.  With Smallville, the 22-pages of digital content equate to about 11 pages of print, so at the end of the day, buying all of the weekly digital installments for $5.99 is probably cheaper than buying 66 pages on the news stand.

The first installment of the new Legends of the Dark Knight series kicks off today, Thursday, June 07, 2012.