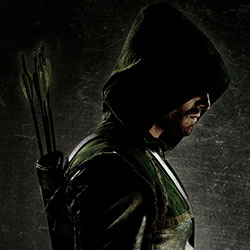 TELEVISION: The Arrow will not feature super-powers

If you have seen the trailer for The CW’s Arrow, then you know Oliver Queen is pretty quick with the bow.  While those are amazing skills, don’t put your money on super-powered villain of the week when the series debuts this fall.

According to Stephen Amell, there won’t be anything resembling Smallville in the series.

“Nobody in our universe has super powers, so that’s a big jumping off point. I think we find Oliver Queen more injured than we saw him before. Other than in name, there are virtually no similarities between [Hartley’s version and the new version]. It’s not to say that one’s better than the other, it’s just that they’re so different, it’s almost weird to compare them.”

It would be interesting to see a studio take on a character like Green Arrow (but not called Green Arrow) and create a mystery of the week, noir drama, series that only relies on semi-believable skills. Having the hero face dangerous situations while still being human could lead to some powerful story telling.  Of course it could also lead to the 20-something romance angsty drama that The CW has been pumping out for years.