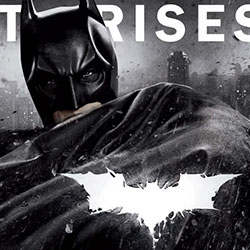 Major Spoilers Question of the Day: I am Spartacus Edition

Many of you have already picked up on the subtle, or maybe not so subtle wording in the latest issue of Empire Magazine where David Goyer hints that Batman may die in The Dark Knight Rises.

“The final scene of The Dark Knight Rises is exactly that scene we talked about then,” says Goyer, speaking to Empire from his LA office almost four years later. “It remained completely unchanged. We both knew in our hearts that we were onto something special. I have to tell you, having finally seen everything strung together a little while ago and seeing that scene, I got a complete lump in my throat.”

The MS-QotD wants you to step up with an answer:  Is this carefully worded statement simply stunt marketing to get audiences into theaters on opening weekend, or is there someone waiting in the wings to rise when the Dark Knight falls?