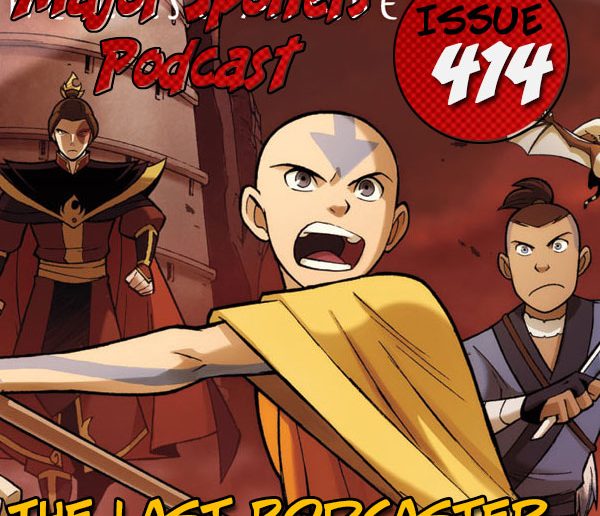 In this issue: Bending air, G.I. Joe delayed, Youngblood does something, and Star Trek and Doctor Who team up to fight the metal men (but not THOSE Metal Men).

REVIEWS
Stephen
Star Trek the Next Generation/Doctor Who: Assimilation #1 by Scott Tipton, David Tipton, Tony Lee, J.K. Woodward & David Messina They said it would never happen! Nearly five decades and 1500 episodes in the making! The two greatest science-fiction properties of all time cross over for the first time in history, in STAR TREK: THE NEXT GENERATION/DOCTOR WHO: ASSIMILATION! When the Federation’s most terrifying enemy strikes an unholy alliance with one of the Doctor’s most hated antagonists, the result is devastation on a cosmic scale! Spanning the ends of space and time itself, Captain Jean-Luc Picard and the crew of the USS Enterprise find themselves joining forces with the Doctor and his companions, with the fate of the galaxy hanging in the balance!

In this first issue, a young reporter is embedded in the Youngblood team. Her assignment is to gather enough information for a humiliating puff piece, but she quickly discovers Shaft, Vogue, Lady Photon, Die Hard and Cougar are a team to be reckoned with. Badrock would be part of the group too… if he wasn’t in a coma with wounds that have nearly pulverized his otherwise rock-hard hide.

Major Spoilers Poll of the Week
The Avengers took the box office by storm over the last couple of weeks, rising quickly to the billion dollar mark.  The Dark Knight also made a billion dollars when it was released, but with The Dark Knight Rises still a few weeks away, and near the end of the summer schedule, will it be able to make that much money again?

Discussion:
The Last Airbender – The Promise Part 2
Aang and Katara are working tirelessly for peace when an impasse between Fire Lord Zuko and Earth King Kuei over Fire Nation colonies within the borders of the Earth Nation threatens to plunge the world back into war! Meanwhile, Sokka must help Toph prepare her hapless first class of metalbending students to defend their school against a rival class of firebenders