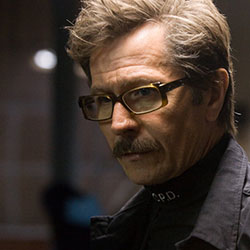 Though Peter Weller isn’t involved in the RoboCop remake (that we know of), news that Gary Oldman has joined the cast, does make us giddy.

Oldman will play the scientist who creates RoboCop (played by Joel Kinnaman), who is torn between helping Murphy regain his humanity, and the demands of a mega corporation.   That’s certainly a different take on the story, and it gives me hope this movie won’t be a half-assed attempt to simply make more money off an ’80s franchise.

MGM is looking to start production in September, with Toronto standing in for Detroit. Currently, RoboCop is on the calendar for a summer 2013 release.