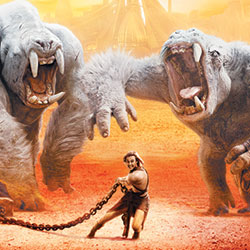 DVD: John Carter arrives on DVD and Blu-ray in June

For those who were fans of Disney’s John Carter movie, or if you were someone who was waiting for the movie to arrive on DVD, Disney has announced, John Carter will hit store shelves on June 05, 2012.

As a warrior lost on Earth, John Carter is magically transported to Mars, where the fate of the planet and its people ultimately rest in his hands. With surprising new powers, and epic battles, he rises to become the man he is meant to be and the hero he truly is.