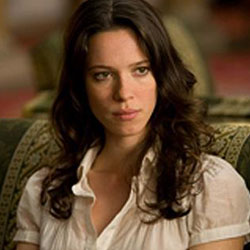 Both Scarlett Johansson and Jessica Chastain are out of Iron Man 3, and the studios are looking for an actress to play a big role in the upcoming movie.  Marvel Studios may have found the female lead in Rebecca Hall.

According to Variety, if cast, Hall will play a scientist who plays a pivotal role in the creation of nanotechnology, further solidifying the idea that the third movie will be based on the Iron Man: Extremis storyline by Warren Ellis.

Shane Black is writing and directing the movie, with Robert Downey Jr., Gwyneth Paltrow, Don Cheadle, Guy Pearce, and Ben Kingsley starring.  Iron Man 3 is scheduled for release on May 03, 2013.