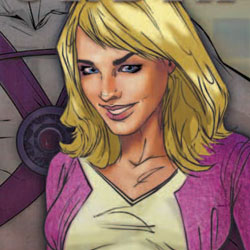 BOOM! Studios sent Major Spoilers a sneak peek of titles arriving this week, including Garfield #1 and Fanboys vs. Zombies #2.

This May, everyone’s favorite lasagna-scarfing cat opens the fridge to an all-new ongoing comic book series! Join Garfield as he begins his monthly exploits with Jon, Odie, and the rest of the gang in the latest all-ages must-read from KaBOOM! THE GARFIELD SHOW writer and comics luminary Mark Evanier teams up with beloved Garfield strip cartoonist Gary Barker to bring you all the laughs (and lasagna) you can handle. With brand new stories featuring everyone’s favorite feline, this debut #1 issue is sure to please Garfield fans new and old alike! Don’t forget to ask your retailer about the rare “Superhero” variant and the extremely rare “Garfield First Appearance” variant!

Have you heard the one about the time zombies took over Comic-Con? No one noticed until Sunday! The good news is you’re at Comic-Con. The bad news is you’re hungover, you can’t get over your ex-girlfriend, your best friend is a d-bag, and there’re roughly 165,000 slathering, slouching members of the undead family in between you and freedom. There is no more good news. Written by indie sensation Sam Humphries (OUR LOVE IS REAL) with art by hot new talent Jerry Gaylord!

A fundamentalist Islamic terrorist, the world’s leading for-profit deity and a reality TV star thawed out from the 1940s. Can The Hoff assemble this rag tag group together into a team ready to face Earth’s greatest threats? Well, he better, because that’s why we’re making this comic! A hilarious parody of what’s sure to be one of the biggest movies of 2012. No, not Step Up 4…written by BLEEDING COOL’s Rich Johnston

It’s just another day on the job for the Meta Legion as a robotic alien invasion threatens to sink the island of Manhattan — but the real battle is raging back at home, as tensions rise between the Legion families and the shape-shifter’s devious plans finally come to fruition… Trust us, this is a take on the “fight issue” you’ve NEVER seen before! Find out what goes down when the capes come off with rising star writer Grace Randolph (Marvel’s NATION X, HER-OES) and hot new artist Russell Dauterman.

SPACE DUCKS is a visceral work of art by celebrated musician Daniel Johnston, who has spent the last 30 years exposing his heartrending tales of unrequited love, cosmic mishaps and existential torment to an ever-growing cult audience, including Beck and Kurt Cobain. This book combines his unique characters, images, words and music, and the musical and artistic contributions of fans. 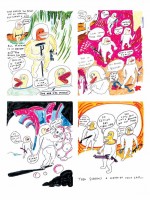 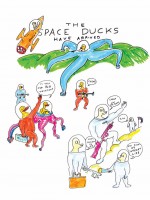 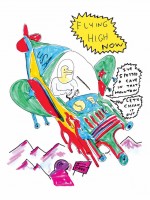 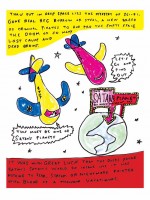 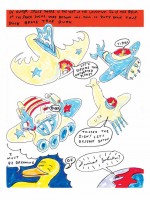 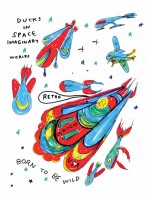 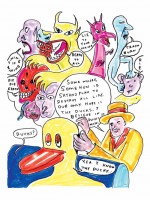 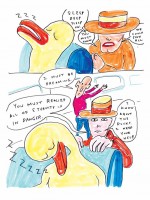 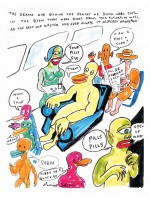 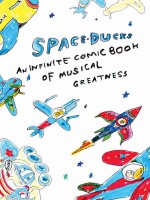 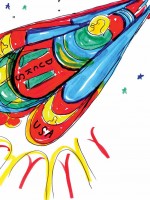 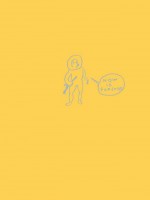 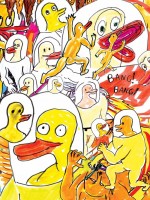 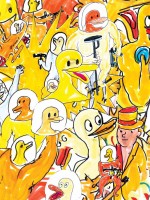