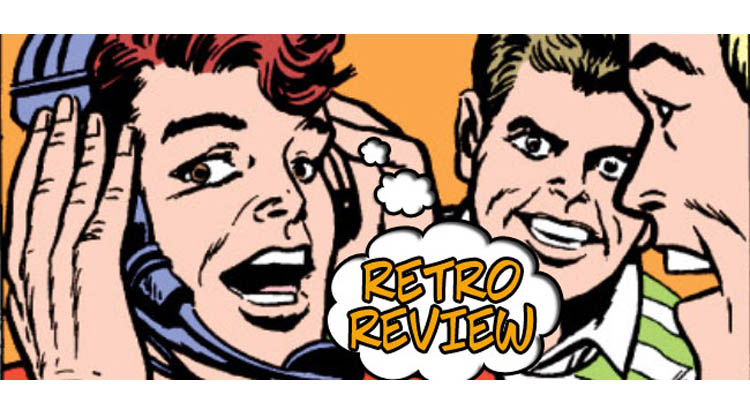 The Avengers has been a phenomenal success at the box office, and while many are getting their first taste of Earth’s Mightiest Heroes, the team has been battling Loki since their first team-up.

Previously in The Avengers: With all these first issues, it seems odd that we still fill this space with the requisite “This is the first issue” mumbo jumbo, but in the case of team titles, fans are probably already aware that the characters have appeared in their own series, and in the hands of Lee and Kirby the idea of forming a super team modeled after the Justice League of America (1960) makes perfect sense.

While fans are marveling at the action packed pop-corn fest that is appearing on the big screen, it is interesting to note that the reason The Avengers formed in the first place was because Loki was looking to bring the smack down on Thor. No, he wasn’t after a cosmic cube, or the Infinity Gauntlet at the time, but simple revenge for being banished to the Isle of Silence. But how is the trickster going to do it? Even in 1963, The Hulk was a menace to be feared and stopped, and using his mental prowess, Loki sets Hulk up as the patsy involved in a train accident. When word is out that The Hulk is behind the near disaster, it’s up to the Teen Brigade, lead by Rick Jones, to call for help. For some reason, every time I see a young Rick Jones drawn by Jack Kirby it feels like Jack is drawing himself at a younger age. It’s kind of spooky. The early collected Avengers books is where I first saw Kirby’s style, and it intrigued me as much then, as it does now. Every single panel is iconic in some way; whether it is the Hulk’s prominent brow, or Thor’s look of disapproval (heck, even the single panel appearance of Sue Storm is special). Though the colors have been tweaked for modern day delivery, this is a great look at the master at work.

The Brigade attempts to call the Fantastic Four, but Loki once again intervenes, scattering the radio signal that is picked up by other adventurers. Wow, Hank Pym has always been a dick, hasn’t he?

The quartet eventually assembles, and do track down the Hulk, who is performing as a super strong robot at a local circus. While Ant Man, Wasp, and Iron Man battle the Goliath, Thor heads to the Isle of Silence to confront Loki, and the two fight.

Fight, fight, fight. Even back then the bulk of the story seems to focus on the mega battles that fans want to see. There’s nothing wrong with this formula, it worked in 1963 and it works today. When one is looking for something to escape the reality of their ordinary lives, the punchy-punchy and explody-‘splody tend to do the trick.

Speaking of the Trickster, Loki is captured, the Hulk cleared of all crimes, and the five heroes vow to team again to fight any menace as a new dimension is added to the Marvel Galaxy of Stars!

As I’ve often commented, books from the long ago time, no matter who was publishing them, tend to be a big mess of words, and more often than not in this issue, half the panel is filled with dialogue – words to fill the reader in, not to necessarily advance the story.

Not all of us can afford to pick up the first Avengers comic book, but thanks to the digital era, classic titles are simply a legal click away. This is the third or fourth time I’ve read this issue in the digital format, for nothing more than the art, and crazy eyes of Loki that float around the land looking for someone to help stir up trouble. This isn’t the best Avengers story ever told, but it is the first, and if one looks past the plethora of words that fill the page, the overall issue isn’t bad, earning 3.5 out of 5 Stars. If you have an iPad or other digital device, I suggest picking it up via the Marvel App, just so you can say you’ve read it.