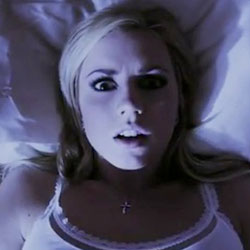 While Adam and Eve does produce hardcore movies, they tend to be a little more toned down than other production companies.  For those who have a vampire sex fetish, the studio has announced Buffy The Vampire Slayer: A Parody is now available.

Buffy and her friends are back to protecting the Valley from things that go bang in the night. After Willow accidentally casts a love potion that awakens her friends’ libidos & some dark supernatural forces, the gang tries to save Giles from a pack of evil & beautiful female vampires. Will they succeed, or will they get sucked to death? Starring Lexi Belle, Jessie Andrews, Chanel Preston, Ash Hollywood, Amber Rayne, April O’Neil, Britney Amber, Rocco Reed, Kris Slater, Tom Byron, and Michael Vegas. Written by Josh Wheldon. Produced by David Lord. Directed by award-winning parody director, Lee Roy Myers.