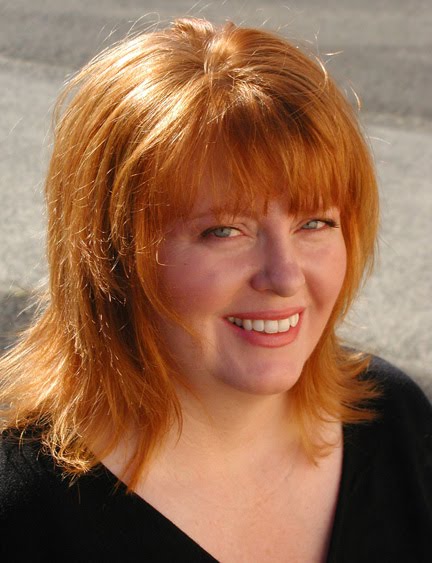 My first comic book convention ever was going to C2E2 last year, and during that trip I spent a lot of time hanging around Gail Simone’s table and chatting with her and her husband, Scott.

Coming back to the convention this year as a reporter for Major Spoilers, I was hoping to find some time to interview Gail, especially given how much I enjoy her work in comics. Gail is ALWAYS busy at conventions, considering how passionate a fanbase she has, but I was able to sit down with her for a brief interview.

JIMMY: You’re working on a project w/Ethan van Sciver that involves Green Lanterns. What are you able to say about that?

GAIL: That’s probably about it. It is going to come out as a graphic novel so it’s going to be 90 pages and the reason we haven’t announced it yet is that we want to get more of it done before we announce it, it’s really a lot of work to do 90 pages and have it ready all at once, but it’s a huge story, there’s a lot of big scary horrific elements, the kind that Ethan loves to draw, and that I love to write, and probably most of it’s characters that you like.

JIMMY: Is it going to tie in to current DC stuff?

JIMMY: So what continuity are you playing with? Are you creating your own, or…?

GAIL: It’s better to wait and see… this event could take place somewhere in time in the DCU.

JIMMY: Now you also had a breakfast w/Dan Didio Saturday morning you tweeted about, any hints?

JIMMY: So you’ve been writing Batgirl in the New 52, and I know Barbara Gordon is a character that’s near and dear to your heart–have you found it more difficult to write her in the relaunched version?

GAIL: No, I don’t think it’s more difficult at all–it’s really fun to be able to take her at a point in her life where she’s not quite so experienced and quite so all-knowing and being able to have her fingers in everything at once, and seeing her struggle a little bit and I think it shows a little more her intelligence maybe even a little more than her as Oracle. As Oracle she was intelligent all the time and there was no contrast where she might mess up and grow from it. It’s really fun to show that part of her; it’s nice to tell a story about recovering from trauma which hasn’t been too much if at all in comics in the way we’re doing it. We’re able to get more in her head because it’s not a team book, it’s a Batgirl book and that’s nice to get deeper into the inner thoughts of the character. It’s different, but I’ve really enjoyed both and I’m really liking this side of it.

JIMMY: I really loved what you did in Birds of Prey when you honored Ted Kord. Him as Blue Beetle is one of my favorite characters. If you get the shot, will you bug Dan Didio to let you bring back Ted Kord?

GAIL: I don’t know. I love Ted Kord, I’m not sure what plans are in the future so I don’t know, but I do like doing things like funerals when you have a death, or celebrations if there’s a marriage, because I like the feeling of the DC Universe being one world, so I like doing little things like that. Even things like little dinners out with another character. It’s really fun for me, I like that the DC Universe is a character of its own in my opinion so it’s fun to be able to cross pollinate, if you will, with other characters.

At this point Gail had a considerable line built up at her booth, so I let her get back to the fans that were waiting patiently to meet her.