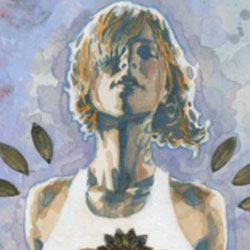 Dark Horse Comics announces another exciting addition to the Buffyverse:

Willow gets her own miniseries!

Written by Jeff Parker (Thunderbolts, Agents of Atlas) and drawn by Brian Ching (Star Wars: Knights of the Old Republic, Witchblade), Willow tells the story of the witch’s obsessive journey to recover her magic.

Willow is on a quest to bring magic back to the world, and she’ll do anything to make it happen, including forming some unhealthy alliances after cracking the code to travel to other dimensions—something thought impossible since the destruction of the Seed.