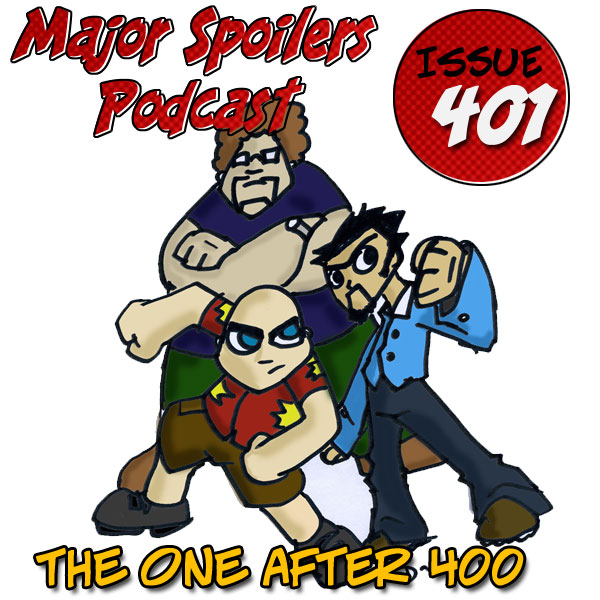 In this issue: Who’s gaming the system? Is it the comic book distributor, MPAA, or is it the evil Robot Overlord that pits the Major Spoilers Crew against each other in an argument that no one can win?