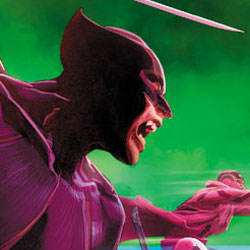 UNCANNY X-FORCE #25 (MAR120615)
Written by RICK REMENDER
Pencils by MIKE MCKONE & JEROME OPEÑA
Cover by JEROME OPEÑA
The epic saga “Final Execution” begins here and X-Force faces their greatest threat yet! Someone is arming the villains of the Marvel Universe with the most dangerous weapons known to man, and when Wolverine’s team traces it back to the Omega Clan, the black ops squad finds themselves in some hot water. And when the origins of the deadly clan are revealed, it will send shockwaves throughout the entire team and Logan in particular!