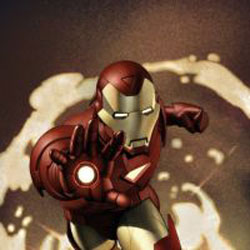 MOVIES: Iron Man 3 to be based on Extremis?

News out of H’wood has Marvel Studios and Disney in talks with Ben Kingsley to star as the big bad in Iron Man 3. But everyone is denying that he’s up for the Mandarin.

On the one hand, one could take the excessive denying as an indication that Kingsley WILL play the Mandarin, except insiders appear to be indicating that Iron Man 3 will be based on Warren Ellis’ Extremis series that featured nanotechnolgy as well as rebooting Iron Man’s origin story.

We’ll find out in a few days if Sir Ben has accepted the role, and appear on screen with Robert Downey Jr., Gwyneth Paltrow, Don Cheadle, and Scarlett Johansson. Iron Man 3 is scheduled to arrive May 03, 2013.