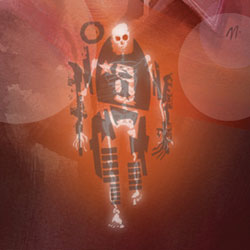 Brimming with terror, Criminal Macabre: The Iron Spirit is a perfect introduction for new readers. A haunted veteran leads monster hunter Cal McDonald to a creepy subterranean military base where mad-science experiments were conducted on US soldiers.

“Iron Spirit combines all of my favorite things. I wrote it as prose and handed it to Scott Morse and now Dark Horse is publishing it. I think readers will be surprised at this oddly touching story about death and undeath and the responsibilities that come with both,” said Steve Niles. Criminal Macabre: The Iron Spirit is on sale September 12, 2012!