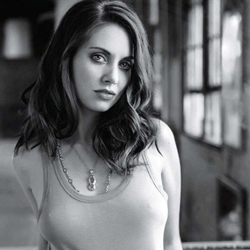 10 Famous People Who Could Be Superheroes

The sad fact of the matter is that we live in a world where being exposed to radioactivity will kill you rather than allow you to grow 50 feet tall and shoot energy beams from your eyes. But what if we didn’t? What if we lived in the crazy world of comic book superheroes? Who, then, would the heroes of this world be? We could certainly guess, but fortunately we don’t have to. Since comics are always pretty specific about who gets to become a superhero. The signs are there, you just have to put it all together.

If there’s one thing comics have taught us it’s that superheroes and villains often have names that are both awesome and meaningful. What are the odds that a culture from another planet would name one of their scions “Mar-Vel”? What about John Henry Irons? No, you can’t have a name like Wolf Blitzer and not be an awesome superhero.
Possible Powers: Thankfully mundane people in dimensions inhabited by superheroes are incredibly dense, allowing wolf to masquerade as Lightning Wolf. The Kung-Fu master who created the Lightning Bite technique in the late 60s and early 70s.

On the same vein, comics teach us that superhero names also alliterate. Peter Parker, Bruce Banner and Wally West being prime examples. It’s also hard to come up with a cooler name than January Jones, it sounds foxy and intimidating at the same time. Bonus points for looking good in a cape and corset combo.
Possible Powers: In order to get double mileage out of the name (alliteration and theme) I would expect January to exhibit some kind of ice manifestation since January is a chilly month, at least in the northern hemisphere.

Speaking of looking good in a corset Kate Upton certainly has the sort of body we expect to see squeezed into form-fitting lycra. Why her specifically? Honestly there are a lot of attractive women who could be in this slot; Salma Hayek, Olivia Wilde, Alison Brie, but I figured Kate would get the article more hits on internet search engines. Shameless, I know.
Possible Powers: No idea, but invisibility would be ironic, wouldn’t it?

Speaking of being the right shape for super heroics, Bruce Campbell’s face is clearly meant to have a Flash-style mask, I mean just look at that chin! It already borders on the supernatural. If Bruce Campbell WAS a super hero the chin would get its own origin story.
Possible Powers: I think it would be difficult to argue for anything other than the standard super-strength/invulnerability/flight combo.

Superman pretends to be Clark Kent by changing his mannerisms and posture to an extreme degree. But it’s still not quite as extreme as Sarah Palin. Can’t you picture it? Alaskan Vigilante, Grizzlymom spends most of her time fending off fangly vampire attacks and Russian robot incursions. She’s even become governor to keep better track of those threats, when suddenly BAM! She gets tapped for the vice-presidency! If she shows the country how capable she actually is her cover will be immediately blown! Time to put on a weird persona and a crazy accent! It’s the only way to get that pesky Katy Couric off your scent.
Possible Powers: Guns. That’s totally a power, ask the 90s.

If Iron Fist, Iron Man, Batman and Green Arrow have taught us anything it’s that money is perhaps the greatest superpower. Especially when that money is in the hands of an eccentric man. Surely if we lived in a world with super-villainous threats Sir Richard would spend less time trying to carve up the cellular telephony market and more time building lasers.
Possible Powers: Whatever he wants, you can build any power into an exo-suit.

The genius with a physical disability trope is fairly common in fiction. And usually neither aspect is as extreme as what Stephen Hawking’s got going on.
Possible Powers: Astral Projection maybe? Cosmic awareness? How else would he know so much about the universe? Someone needs to take lessons from Sarah Palin about keeping their identity a secret.

Ok, I’m not even joking about this one. You guys are aware that T-Pain actually IS a robot, right? He was built by Sir Richard Branson to popularize the term “Shorty” which Sir Richard finds to be “Quite ripping”.
Possible Powers: The ability to get machines to take their clothes off.

Are you aware that Seal’s name is actually Seal? I always thought it was a stage name. This is another great example of name determinism. Seal is a very unusual looking guy with an unusual name. in superhero world he would likely not have a secret identity at all.
Possible Powers: Can’t decide if he’d be some sort of man-selkie or if he’d have some sort of epoxy power.

Superheroes often get their powers accidentally, and the guys from Jackass are always having accidents on purpose. It’s not hard to imagine a world in which Johnny tries a stunt involving toxic waste, a recently fallen meteorite or a clearly supernatural rabid wolf. Bonus points if the same accident causes Bam Marguera to gain superpowers turning him into a supervillain for Johnny to fight.
Possible Powers: Probably something having to do with stapling things to his groin.

So there you have it, the signs are clearly there. Although now that I think of it, maybe the world would be doomed if this was the case. These ten would make a heck of a crime fighting league though, wouldn’t they?