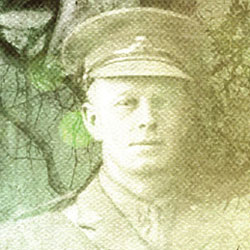 Witness Clive Barker’s long-awaited return to tell new chapters in the series’ official continuity—a trajectory that will forever change the Cenobites…and Pinhead! The gripping story arc that has everyone talking comes to its horrific conclusion! With blood on both their hands, Pinhead and Kirsty finish the epic battle they started, taking the Hellraiser mythos to a whole new level. It’s a mind-bending finale that will leave you speechless and begging for more!

The adventure continues as Roger Langridge — the Harvey Award winner behind THE MUPPET SHOW and THOR: THE MIGHTY AVENGER — brings you the next chapter of his critically acclaimed side-splitting series! Having thwarted the dastardly crocodile Big Norman, the crew of the Snarkhunter is faced with their biggest threat yet — a pirate attack by some very familiar Lewis Carroll characters! Don’t be late! Don’t be late! Join Princess Scarlett, baby Rusty, the Walrus and the Carpenter for this very important date!