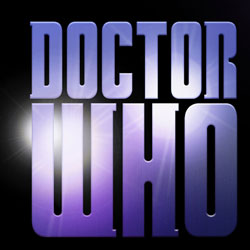 TELEVISION: The Doctor gets a new companion

If you were speculating when Amy Pond would be leaving The Doctor’s side, and who would be the next companion to follow the time traveler, the BBC has announced the new sidekick. Producer Steven Moffat has announced that Jenna-Louise Coleman has been cast has the Time Lord’s new companion in the next series.  Coleman will make her first appearance on this year’s Christmas special.

“It always seems impossible when you start casting these parts, but when we saw Matt and Jenna together, we knew we had our girl. She’s funny and clever and exactly mad enough to step on board the Tardis,” Moffat said.

“It’s not often the Doctor meets someone who can talk even faster than he does, but it’s about to happen. Jenna is going to lead him his merriest dance yet. And that’s all you’re getting for now. Even by the Doctor’s standards, this isn’t your usual boy meets girl.”

The seventh season is currently underway in Wales, and will run 14 episodes.