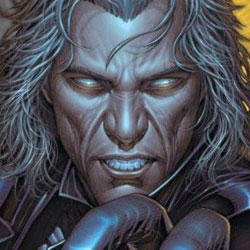 Benderspink, an innovative IP, production and management company, has teamed up with Roddenberry Entertainment, the name that brought the world Star Trek, to co-develop the critically-acclaimed graphic novel series, Days Missing, for television and film. This will mark the first Roddenberry property to find its way to the big screen since J.J. Abrahms’ Star Trek and the first TV show based on a Roddenberry property since Gene Roddenberry’s Andromeda and Star Trek: Enterprise.

“We see this as such a strong concept that it could be done as a television show and feature trilogy at the same time,” says JC Spink, Co-Founder of Benderspink. “And, we’re extremely excited to work with Rod Roddenberry and Trevor Roth.”

“Benderspink is a team of creative professionals who really understand Roddenberry’s brand of science fiction and the potential of this property,” said Trevor Roth, Days Missing creator and head of development for Roddenberry Entertainment. “This partnership plans on doing more than just adapting a comic book story—we want to use television and film to expand the Days Missing universe.”

The film will be produced by Benderspink and Rod Roddenberry and Trevor Roth.

Days Missing® is an accounting of extraordinary 24-hour periods of time that have changed the course of humanity’s evolution, but have been erased from human memory by a mystical and ancient being known as The Steward.  These “days missing,” recorded in the annals of The Steward’s library, represent a lost human history that explains much more about who we are than we ever knew.

“Days Missing is another wonderful example of the kind of science fiction Roddenberry stands for—an exploration of the human condition wrapped up in an extraordinary adventure that not only entertains but challenges audiences to think, question and explore,” said Rod Roddenberry. “The depth of its characters and the relevance of its dilemmas provide opportunity for viewers to emotionally involve themselves in the story.”

Following Days Missing and Days Missing: Kestus, the third installment of the graphic novel series is now in production and set for release in 2012. Days Missing: Enox will detail the anticipated conflict between The Steward and his nemesis, as the series’ protagonist is forced to decide between himself and humanity.

About Benderspink
Benderspink has recently set up Lockdown at Franklin High at Sony, Area 52, an untitled Cook and Weisberg pitch and The Money Plane at Lionsgate/Summit, Abducted and The Mighty at Paramount, Cities of Refuge at Inferno and Undying Love at Warner Bros. The entertainment pacesetter is currently finishing principal photography on Burt Wonderstone for New Line and will begin production on The Hangover 3 in the fall.  Benderspink continued to prove its pioneering spirit when it partnered with Arcana Comics to create ArcanaBenderspink Comics earlier this month.