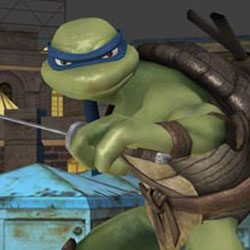 After the brouhaha that erupted over Michael Bay’s comments regarding the upcoming Teenage Mutant Ninja Turtles movie from Nickelodeon, Michael Bay posted on his message board that everyone should essentially relax.

Fans need to take a breath, and chill. They have not read the script. Our team is working closely with one of the original creators of Ninja Turtles to help expand and give a more complex back story. Relax, we are including everything that made you become fans in the first place. We are just building a richer world.

According to the Ninja Pizza website, Peter Laird has no involvement with the movie, and Kevin Eastman has seen the script, but there were no other comments on the creators’ involvements with the movie.

Michael Bay does know how to capture the spotlight and stir up a lot of attention about one of his projects, often months and years before the release of the movie releases.  Certainly with a huge fan base, Bay will need to do something quite spectacular and amazing in order to win these fans to his side.  He did it with the first Transformers movie (to an extent), and if he does it with the Teenage Mutant Ninja Turtles franchise, he could have a huge hit on his hands.  Let’s hope it doesn’t turn out like the third Transformers movie, though…

The movie is still scheduled to arrive in theaters over the Christmas 2013 holiday.