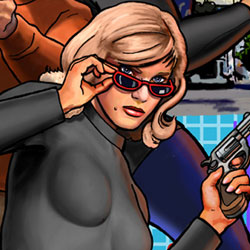 Moonstone Books has announced it is releasing a never published before title in digital form, exclusively on the ComiXology app. I glad to see more companies exploring the digital only release, and depending on how heavy ComiXology pushes the title in its online store, a fair number of eyeballs could land on this book and pick it up.

According to Moonstone, the book would cost $6.99 in the brick and mortar, but will only set you back $3.99 in digital form.

Delver Book Two arrives in February in digital next week

Amputation Capital ready to get under your skin