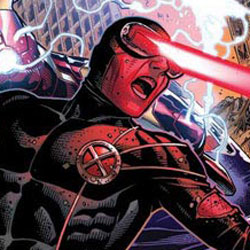 AvX: Marvel to promote Avengers vs. X-Men via television commercials

Here’s another one of the good things to come out of the Disney/Marvel merger – television commercials for the upcoming Avengers vs. X-Men event.

According to David Gabriel, Marvel’s Senior Vice President, “This is the biggest marketing investment that we’ve ever put into a series or an event. You’ll see that online, through social media, and there’s going to be a radio and television component as well.”

The story, over at ICv2 says the details on the planned television campaign are not super specific, but ABC and Disney XD are among the channels being considered.  Regardless of what you think of the event, the fact that the company is willing to dive into television and radio marketing for comics is always a good thing if it means exposing comics to a larger audience in hopes of drawing them in.

There are two potential ways Marvel/Disney can end each commercial, by point the viewer to the comic shop locator, or to tell them to find the comics on their digital devices.  The first option requires an additional step by the viewer, which might decrease the chances of completing the sale, while the second option is an easier call to action, as there is a greater than likely chance the viewer is using a portable device while watching television, thus making the jump to the digital editions an easy process.