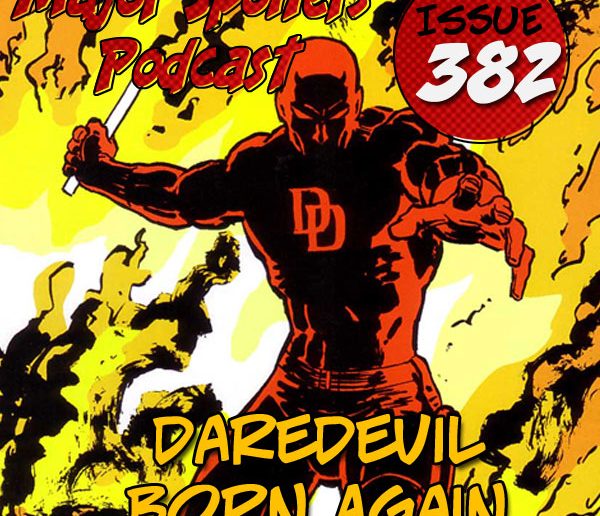 This week on the show: Daredevil reborn, another trip back to Mars, Otter drops by, and DC announces Before Watchmen.

NEWS
Who are the villains in The Avengers?
LINK

REVIEWS
Stephen
WARRIORS OF MARS #1
Written by ROBERT PLACE NAPTON
Art by JACK JADSON
FROM THE PAGES OF WARLORD OF MARS! Before John Carter another earthman visited the Red planet: Lt. Gullivar Jones. Now these legendary warriors are brought together for the first time! When Lt. Guillivar Jones happens upon a mysterious old man with a beautiful carpet he soon finds himself transported through space and time to the planet Mars where he meets the beautiful Princess Hera and a ferocious tribe of Red Martians bent on capturing her!

Rodrigo
Jurassic Force 5 #1
Awakened from his 65 million year hibernation, the evil alien overlord Zalex is ready to resume his conquest of the universe and he’s starting with the earth. Backed by his army of evil, mutated Dino-soldiers there’s nothing that can stop him….nothing but Jurassic Strike Force! Don’t miss the first adventures of the team in the first original series under Zenescope’s Silver Dragon Books imprint.

BRUCE
Funnies #7 Writer: Sergio Aragones Artist: Sergio Aragones Publisher: Bongo Comics
Sergio uses some slight of hand this month to conjure up the tale of a man who has an inner desire to become a magician and the arduous journey to achieve his goal. Then, the master storyteller delves into Hawaiian mythology and the legend of the magical Menehunes. And, follow Sergio as he recounts his first steps towards becoming a professional cartoonist.

Major Spoilers Poll of the Week
It’s official, DC Comics is making a prequel to the Watchmen series by Alan Moore and Dave Gibbons.
The last week has been filled with positive and negative comments about this action, but overall it looks like a lot of people are going to buy at least some of the titles in this collection.
[poll id=”219″]

Discussion:
Daredevil Born Again Writer: Frank Miller Artist: David Mazzucchelli “Born Again” is a Daredevil story arc written by Frank Miller, drawn by David Mazzucchelli and published by Marvel Comics. The story arc originally appears in Daredevil #227-#233.
The story details Daredevil’s fall to insanity and destitution at the hands of the Kingpin, as well as his subsequent struggle to build a new life for himself.