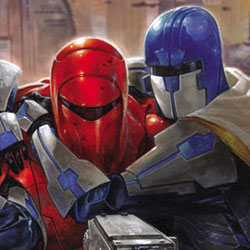 Dark Horse Comics sent Major Spoilers a sneak peek of Star Wars: Crimson Empire III – Empire Lost #4, that you can check out, after the jump.

Escaping from the Imperial hardliners who are intent on killing Leia Organa Solo and bringing the New Republic to its knees, Kir Kanos tries to warn his one-time enemies, only to be thrown into a New Republic prison.

Mirith Sinn is the only one willing to trust Kanos, but neither of them is aware of the extent of the Imperials’ plans. It’s not until Luke Skywalker plays a hunch that the true danger is revealed!

* Luke Skywalker to the rescue! 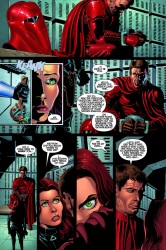 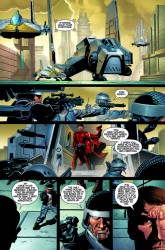 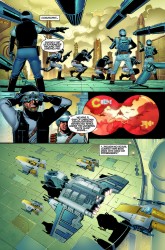 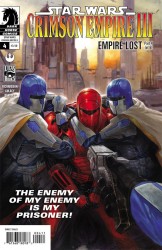