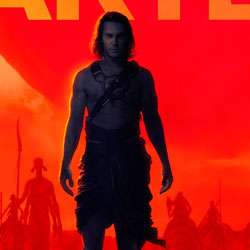 The latest trailer for Disney’s John Carter has hit the Internet for everyone to check out.