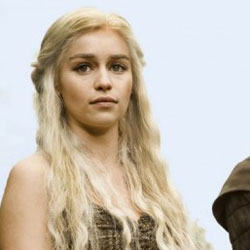 If you are a fan of Game of Thrones and have been jumping up and down in anticipation of the second season of the series on HBO, then you’ll be happy to know you only have two and a half months to wait.

HBO has announced season two will kick off on April 1, 2012.  The popular season looks to be once again following the HBO Season by releasing only 10 episodes.

Go ahead, vent your frustration of only 10 weeks of storytelling, I know I’ve been doing it for years as networks and studios have been routinely cutting back on episodes per season.