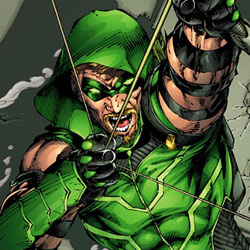 If you didn’t see this coming after the end of Smallville, then here is your smack upside the head.  The CW is finalizing a deal to bring Arrow, based on Green Arrow, to the network.

According to the reports I’ve read across the Internet, the pilot is being written and produced by Greg Berlanti and Marc Guggenheim, with David Nutter directing the project.  This means, more than likely that the series will not be set in the DC Universe, feature an all-new origin story, and have not connection to the Smallville series.

If you remember, this makes the second superhero series The CW has in development, as it was announced a while ago, that the network was working on a Deadman series.