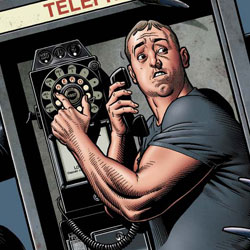 Hot on the heels of the news that Power Girl and Huntress are becoming the World’s Finest in Earth 2, DC Comics has announced the official next wave of New 52 titles.

This does mean that six titles are being cancelled to make room for these new titles.  The six series leaving the New 52 are Blackhawks, Hawk and Dove, Men of War, Mister Terrific, O.M.A.C., and Static Shock.

According to Bob Harras, DC Entertainment Editor-in-Chief, these new titles are going to be all about world-building, and with another title taking place on Earth-2, it looks like DC is starting to do multiple-world-building, too.