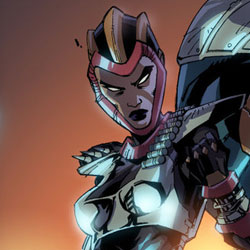 With the announcement that DC Comics is canceling six of their New 52 titles to make way for six new titles, one has to wonder if the writing was on the wall, since the beginning, and what approach the company might take going forward?

It’s no surprise that after the first month of sales, there were many titles in the New 52 launch that fell out of favor with fans (and reviewers), and if sales are an indication, the writing has been on the wall for a while now.

Here is a breakdown of the six canceled titles, and the estimated copies of each sold in the direct market since launch.

Keep in mind that number one issues were still selling in October, number two issues in November, and so on, the numbers above, only represent the number sold of that issue in that month.

One of the interesting things to notice about the data, especially in December, is not one of the titles listed were below the Top 150 books.  Most, if not all, fell in the Top 130 range.  Even though there are other DC/Vertigo books that had lower numbers (iZombie #20 ranked at 189, while Gear of War #21 came in a 268), of the books launched as part of the New 52, Men of War was at the bottom of that stack.

Of the books canceled, I fell most bad about Static Shock for a number of different reasons. On the one hand, it’s bad because those books were read by some 20,000 plus “fans.” On the other hand, Bob Haras has said that we will see these characters appear in other books, so there is still a chance we’ll see characters like  Static show up in books like Blue Beetle (hopefully), Teen Titans, or Justice League (not likely).

Personally, I’m glad DC is trying to keep a pulse on their audience, and on their bottom line in order to make this relaunch as successful as possible.  With six titles coming in, and six titles being shown the exit, plus a number of mini-series coming to an end soon (Huntress, My Greatest Adventure, etc.), it make one wonder if DC shouldn’t be taking a mini-series/trial run approach with more of the books that were launched back in September to see what works and what doesn’t.

We’ve seen another major publisher pull this stunt with their books, launching new number one issues about every six months, and a mini-series initiative would allow companies like DC to guarantee fans they would see four to six issues of a comic that wouldn’t end abruptly, move from a limited to a on-going, back to a limited, or cancelled before seeing print, and so on.  If a mini-series/limited sold well enough, continue with other mini-series at a later date would be one way to make a book “ongoing.”  That method has worked great for books like Atomic Robo, and it might work for DC.

It will be interesting to see how the new batch of number ones sell, or if other books that fall out of the Top 100 head for the chopping block in the months to come.