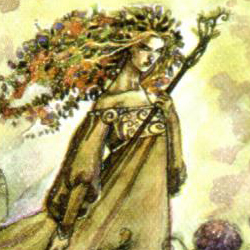 Wizards of the Coast is starting the new year with a bang, not only are previews for Dark Ascension up, they have officially announced that a new edition of Dungeons and Dragons is on the Horizon. Not only that, but they are saying that the consumers will be much more involved with the product, attempting to “…build a set of D&D rules that incorporate the wants and desires of D&D gamers around the world.” But what does that mean for you?

If you read the statement WoTC put out it is likely that you are very excited, especially if you’re someone who is playing D&D currently. Every role-playing game has problematic rules and many, especially current and past editions of D&D have brilliant bits of mechanics. The opportunity to decide what to toss and what to bring back in order to build the perfect game is an incredible prospect. One that I think appeals to all current gamers at a fundamental level. I know it certainly appeals to me. So as you start gathering your thoughts on what needs to stay and what needs to go I only have five words of advice.

Don’t Get Your Hopes Up

No, I’m not saying that 5th edition, or whatever they end up calling it, won’t be great, I’m saying you shouldn’t get your hopes up about the amount of input you will have.

We have begun obtaining feedback from a limited Friends & Family playtest consisting of internal employees and their gaming groups and soon we will be expanding that group to consist of members from our existing body of playtesters. Then at the D&D Experience convention in late January, Wizards of the Coast will conduct a special playtest of ideas currently in development.

look closely at that statement.
The basics of the game are already decided, so if your suggestion was going to be something like “Ditch the D20” or “attacks should be automatic and only defense should be rolled” or God forbid “Bring back THAC0” that ship has already sailed. In fact there are probably going to be a lot of little things that will be immutable. My guess is the way that skills work will stay roughly the same, for example.
Here’s how I figure it will go: The designers and developers will come up with a framework for the game, along with a few bells and whistles. Then that stuff will be given to the community to playtest. They will take suggestions and work out bugs and go from there. My feeling is this whole process will be more like an open beta than a cooperative design experience.
Is that a bad thing? No, in a way they’re already doing it with their online content. Things usually float through Dragon Magazine before they make it to the printed books. But I think that people who are hoping for a massive overhaul or to see that awesome rule they created make it to the next edition of D&D are in for a bit of a disappointment.

Signs of a Bright Future…

Instead, the place where I predict the community will have the strongest voice will be in creating the stuff that clicks onto the framework of the game itself. For example I have heard a lot of people complain that they don’t like how 4th edition does magic and that they miss their spell lists, well this new edition will likely come with a port where you can plug in your 3e wizard-style spells, while simultaneously allowing for 4e like powers as well. Now, that doesn’t mean that the spells will be the same as 3rd edition. They will not. They will have their own formula that works within 5th edition’s framework.

And a Darkness Yet to Come…

My greatest concern about this new edition is that D&D is trying very hard to be everything to everyone, and that is simply impossible. We saw that with the implementation of “Essentials” to 4th edition, as they simultaneously tried to simplify things for new players AND switch classes around for old players, all while attempting to maintain cohesion with 4th ed. proper. The result was a mixed bag at best. Now, it is likely that taking that approach from the beginning will yield better results, but only time will tell.