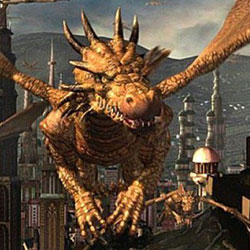 Wizards of the Coast of officially announced they are working on the next edition of Dungeons and Dragons, and want fans to help shape the future of the game.

We’ve listened to both praise and criticism from all D&D fans, regardless of their edition of choice, and we’ll continue to do so.

That is why we are excited to share with you that starting in Spring 2012, we will be taking this process one step further and conducting ongoing open playtests with the gaming community to gather feedback on the new iteration of the game as we develop it. With your feedback and involvement, we can make D&D better than ever. We seek to build a foundation for the long-term health and growth of D&D, one rooted in the vital traits that make D&D unique and special. We want a game that rises above differences of play styles, campaign settings, and editions, one that takes the fundamental essence of D&D and brings it to the forefront of the game. In short, we want a game that is as simple or complex as you please, its action focused on combat, intrigue, and exploration as you desire. We want a game that is unmistakably D&D, but one that can easily become your D&D, the game that you want to run and play.

For that reason, we want your participation. The goals we have set for ourselves are by no means trivial or easy. By involving you in this process, we can build a set of D&D rules that incorporate the wants and desires of D&D gamers around the world. We want to create a flexible game, rich with options for players and DMs to embrace or reject as they see fit, a game that brings D&D fans together rather than serves as one more category to splinter us apart.

Then at the D&D Experience convention in late January, Wizards of the Coast will conduct a special playtest of ideas currently in development. The D&D Experience will be moving to Gen Con in 2013, so as a convention special this year, we will be offering show attendees a first-look at a draft of the new set of rules. Then beginning sometime in the spring, we will begin open playtesting. Through our web site, we will release a growing set of rules, classes, monsters and other materials for your study and feedback. We seek to reach as many people as possible, from the gamer who just started with D&D last week to the gaming group that has been together since the early-1970s.

Wow… and we were just talking about this on the most recent Major Spoilers Podcast.