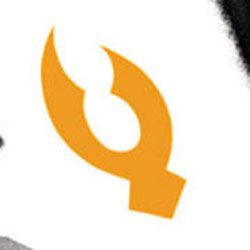 Fans of Hellboy know about Lobster Johnson, and now Dark Horse Comics has a brand new adventure of the hero, set during the time period he was actually alive.

This book arrives in stores January 11, 2012, so if you take the jump, be warned there may be spoilers. Lobster Johnson is one of those characters that has been hiding in the shadows. Because it has been a while since his last big adventure, and because his brief appearances have been scattered through the years in the pages of Hellboy, it’s best we head…

The Lobster started his career in 1932, working with a small but trusted group of allies out of a secret base in the sewers of New York City. Together they fought against gangsters, spies, and the like. In 1937 the gang came up against one of their most imposing enemies to date – the inscrutable and immeasurbaly powerful Memnan Saa, during the case of the Iron Prometheus. (Lobster Johnson: The Iron Prometheus) Though the Lobster and his allies escaped the confrontation with their lives, tragedy dogged them thereafter as they continued to research his crimes and history. One by one, the Lobster’s allies met various gruesome and mysterious ends, until the Lobster called off the search. The deaths seemed to weigh heavy on his conscience – always a quiet man, he became increasingly cold and taciturn. Not long after this, he accepted an offer of employment from the United States Government, a chance to lay some ghosts to rest. (BPRD: The Black Goddess)

Aided by a new sidekick, Lobster Johnson spent the late 1930s combating the Nazi threat to the United States. One of his unsuccessful missions involved the escape of a Nazi criminal in Colorado who destroyed a train full of scientists bound for The Manhattan Project, resulting in the death of his sidekick. (BPRD: Night Train)

Lobster Johnson’s final mission was an unsuccessful attempt to prevent the Nazis from launching a space capsule at Hunte Castle, Austria on 20 March 1939. Arriving seconds too late to stop the launch itself, he managed to force the roof of Hunte Castle closed, but the capsule burst through regardless. The subsequent explosion and fire completely gutted the castle. Besides Nazi scientist Herman von Klempt and one German soldier, there were no survivors, including the Lobster himself. (Hellboy: Conqueror Worm)

When a tribe of ghost Indians attack a couple in the middle of the night, it’s up to Lobster Johnson to put them down. When the police show up, readers learn they aren’t really ghosts, but rather local thugs trying to scare people out of the neighborhood. It takes the spunky attitude of a female reporter to dig deep and discover the beginnings of land development grab, and there are forces who don’t want her spreading the word.

What’s most interesting about this issue is based on the dates given in the issue, this may very well be the chronological first appearance of Lobster Johnson in the Hellboy universe. In the Iron Prometheus, the date is established as 1937, but this issue takes place in 1932, right when Lobster Johnson is starting his career. And much like Batman, the crime fighter is becoming a bit of an urban myth, with folks scared of talking, and goons scared of the red mark. Johnson only appears briefly in this issue, but both times he comes out of nowhere to save the innocent.

The tale is brought to life in a great way by Mignola and Arcudi, and the mystery unravels in a natural way as the heroine follows the clues to uncover the bigger plot. The cliffhanger ending is exactly what I expect from a story of this kind, as it has you fearing for one character, while at the same time, knowing the heavy hand of the claw is going to come crashing down on someone’s head.

NOT MIGNOLA’S STYLE, AND THAT’S A GOOD THING

Though Mike Mignola’s style is instantly recognizable, lately I’ve grown tired of those that attempt to mimic that look in the Hellboy books. This is why Tonci Zonjic’s work in this issue is so refreshing. On the one hand, the art is very simple, with graceful lines creating characters and expressions that feel like they have stepped out of advertisements from the good ol’ days. Combined with Dave Stewart’s coloring, who brings a muted color palette to the issue, turns everything into a visual treat.

Ever since the first appearance of Lobster Johnson, I’ve been intrigued with seeing more of his adventures. The Iron Prometheus was a good first adventure, but The Burning Hand feels like it is going to be much bigger and better. Lobster Johnson: The Burning Hand #1 arrives in stores this week (January 11, 2011) and is worth picking up. I give the first issue 4 out of 5 Stars.