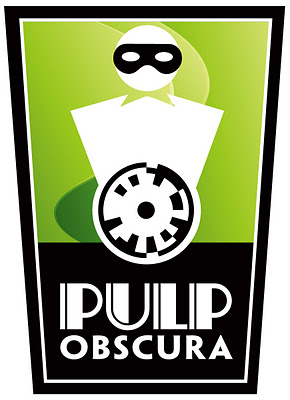 Pro Se Productions, a leading Publisher in the New Pulp Movement, and Altus Press, the foremost Publisher of quality Pulp reprints and new works such as THE WILD ADVENTURES OF DOC SAVAGE, announced a partnership in November and revealed today specifics to what has become known as the PULP OBSCURA Imprint.

The concept behind Pulp Obscura is that Altus Press and Pro Se Press will work in conjunction to produce related products.   When Altus Press publishes specially selected titles featuring rare and largely forgotten Pulp characters’ original stories, Pro Se will bring together the best writers of New Pulp today and simultaneously release a collection of newly written tales starring the same character. This stunning partnership will showcase both the classic adventures of some of pulp’s lost treasures while simultaneously allowing New Pulp’s finest to bring those characters back to life.

“This,” Tommy Hancock, Partner in and Editor-in-Chief of Pro Se Productions, “is no easy task.  First to provide New Pulp stories, brand new exciting adventures of rare classic Pulp Characters in the Public Domainfore and to coordinate that with Altus Press.  But then finding the right creators, the authors who can breathe new life into these concepts and on top of that, deciding and planning which books will come out in the coming year.  It’s a heck of a task and one that has been rewarding on so many levels.”

Thirteen books in the Pulp Obscura line from Pro Se have been planned.   At least eight of these will be timed to release simultaneously with the reprinted adventures of the same characters as produced by Altus Press.  Five more will be published by Pro Se that will feature characters Altus Press has already published the available adventures of in the past.

“We are extremely proud,” Hancock stated, “to be able to announce a fantastic line up of writers for Pulp Obscura.  Some of the creators involved are well known figures in the Pulp Community, others are prestigious in other genres and literary fields, and there’s even a blossoming new author or two thrown in the mix.  It shows a project has great promise when you as a Publisher simply put a call out for authors who might be interested in participating and you get not only a flood of interest, but also writers who stay on through the selection process of what will be written and who will write it.   Pulp Obscura could not have a better line up of creators for both their skill and their commitment.”

“It’s going to be great to see this new material. Interest in the series has been huge and the enthusiasm by the writers will certainly result in plenty of enjoyable reads,” added Matt Moring, publisher of Altus Press. “I cannot recall such a publishing plan ever in the history of the pulp community.”

The writers involved in the Pulp Obscura Line in 2012 are-

Just as exciting and important as the lineup of writers involved in PULP OBSCURA is the list of characters and volumes that the Imprint will have in 2012.  There are 13 planned volumes from Pro Se for the first year of PULP OBSCURA and the books, along with the writers contributing to them for the first quarter of the year include-

THE CASES OF MAJOR LACY VOLUME ONE –Follow The Major and his intrepid team of men as they take on crimes and criminals No One Else Can Stop!
Writers-C. William Russette
Andrew Salmon
Bobby Nash
Andrew Hind
Don Thomas
Rich Steeves

“At least seven more titles will follow later in 2012 in the Pulp Obscura line,” Hancock stated.  “We are immensely excited not only to be a part of something so great, but also because of the fantastic response this concept has received. We hope everyone joins Altus and Pro Se for the wild roller coaster ride into Pulp Obscura!”

For more information on Altus Press, go to www.altuspress.com

To learn more about Pro Se Productions, check out www.prosepulp.com