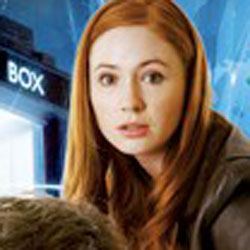 MOVIES: Doctor Who movie not happening?

“There simply are no developed plans for a Doctor Who movie at the moment. It’s an incredibly exciting idea to get that magic blue box flying across our cinema screens, so stand by for further developments. If, and when, the movie happens it will need to star television’s Doctor Who – and there’s only ever one of those at a time. And it would need to come out of the same production operation that makes the series. Doctor Who is a vitally important BBC brand with a huge international audience and not even Hollywood can start this one from scratch. So sorry if there’s been any confusion, but on the plus side it has reminded us all what an exciting prospect this could be. Whatever happens, the BBC and BBC Worldwide will work together to ensure that we don’t just get a movie, we get the movie that everyone wants. Keep asking me about it -– maybe I’ll surprise you with an answer!

Seems like there is a lot of kicking back and forth between those involved closely with Doctor Who, and those who want to be involved with Doctor Who.  Who knows what comments will come out in the next couple of days – the story may evolve into rumors of a Torchwood film.