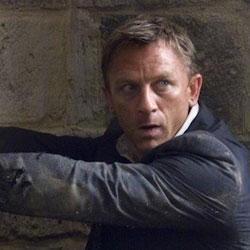 The title of the 23rd James Bond film has been announced by producers Michael G. Wilson and Barbara Broccoli.

Skyfall begins production on November 07, 2011 and will hit theaters in North America on November 09, 2012. Director Sam Mendes promises a lot of action, and considering there is less than a year before the movie debuts in the U.K. and Ireland, everyone is going to be very busy. The title of the film is not connected with any Ian Fleming books, so don’t go Googling it, we already did that for you.

UPDATE: We have found this bit of information about the movie –

In Skyfall, Bond’s loyalty to M is tested as her past comes back to haunt her. As MI6 comes under attack, 007 must track down and destroy the threat, no matter how personal the cost.