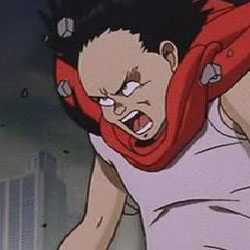 MOVIES: Akira gets the greenlight

Variety is reporting that the on again, off again production of Akira is finally getting the greenlight and will move ahead as a full length feature film from Warner Bros.

Previous reports had Garrett Hedlund, and Keanu Reeves as lead actors in the post-apocalyptic film set in NeoTokyo, but those names walked off the project a long time ago.  Now, it looks like Warner Bros. is going back on the search circuit to find someone who will fit the roles of Tetsuo and Kaneda.  The film is still being produced by Leonardo DiCaprio’s Appian Way banner, as it has since the first initial announcement of the film.

According to Variety, the movie is being considered for a potential tentpole project, but now that reports of the budget falling below $100 million have surfaced, the studio better hope Spanish director Jaume Collet-Serra can work with a small budget, as anything less than out of the ballpark stellar performances and visual effects is going to be met with a lot of ho-hum from fans and regular audience goers.