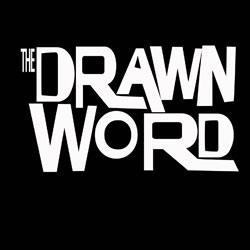 “It’s no secret that I’ve wanted to do a magazine for years,” Irving says. “With our iVerse digital deal, as well as Graphic NYC winding down before the book version comes out next April (but we still have more GNYC to come–so stay tuned for even more profiles!), it was the perfect time for me to go forward on Drawn Word.”

Irving comes from a long background in magazines, starting at Comics Buyer’s Guide and Comic Book Artist in 1999. Irving stayed with CBA for a number of years, also contributing to several other trade publications. He cofounded Graphic NYC a few years ago with photographer Seth Kushner, and the pair are gearing up for powerHouse Books to publish the print version, Leaping Tall Buildings, in April, 2012.

“My biggest goal with Drawn Word is to elevate writing about comics, packaging it as a magazine that reaches out to everyone from new to old readers, and features a variety of editorial and creative voices,” Irving notes. “The world of comics is a wide-ranging one, and Drawn Word is going to definitely reflect that.

“Most importantly, though, Drawn Word is going to celebrate that comics are fun.” Drawn Word is set to premiere in the first quarter of 2012.