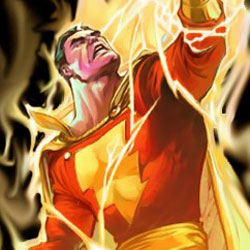 DC Comics has announced that Captain Marvel and Billy Batson will be returning to the DC Universe as part of the New 52.

During the New York Comic Con, it was announced that Geoff Johns will take on the writing duties, and Gary Frank will provide the art for The Curse of Shazam.  But before you get too excited about a new Shazam! series, this tale will be a back-up story in the pages of Justice League.  This means DC Comics gets to keep the price for the series up at $3.99 because of the added content, but I suppose 8-pages of Captain Marvel is better than no Captain Marve in the DCnU.