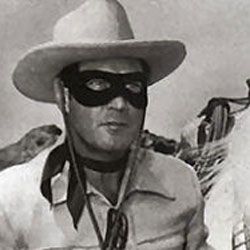 MOVIE: The Lone Ranger given a go ahead

When push comes to shove, having someone like Johnny Depp, who brings in billions of dollars in box office money, tends to get the studios to change their minds in regards dropping a proposed movie or giving it the go ahead.  Case in point – The Lone Ranger.  While it will be very strange to see Depp playing Tonto, Disney has announced it is going ahead with plans to produce the Lone Ranger movie.

It’s interesting that Disney started questioning the budget and the project after Cowboy and Aliens didn’t do as well as studios hoped, thus casting doubt on the Western genre as a money maker.  Disney did something similar following the failure of Mars Needs Moms by dropping the “Of Mars” from the title of the upcoming John Carter movie.  Someone is certainly suspicious at Disney…

It was originally claimed that the $275 million budget was the cause for shutdown, but a little negotiations, and a budget that is now around $215 million range.  Of course Johnny Depp and his billion dollar haul at the box office probably also convinced someone that moving ahead with the project was a good idea, too.