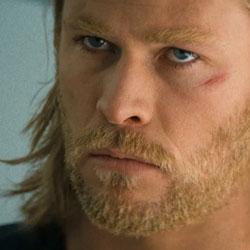 Phineas and Ferb are a big deal.  Their made for TV movie brought in a record number of viewers for a cable television movie, and it has someone at Disney all excited (probably the same one who was wary about The Lone Ranger).  It looks like Disney is so confident that Phineas and Ferb will do well in the box office, that the company pushed the release date for Thor 2: Asgardian Boogaloo from July 26, 2013 to November 15, 2013.

This is rather interesting because November is clearly outside the big blockbuster summer season, and because it isn’t opening on Thanksgiving (the start of the holiday movie season), it leaves Thor 2 kind of dangling in the wind.  Nothing has been shot, so poor story isn’t to blame, but perhaps Thor’s initial theatrical release has studio execs nervous that Thor won’t perform as well the second time out.  For what it is worth, Thor’s production budget is estimated at $150 million. The movie brought in $181 million domestically and $267 million internationally, for a total box office take of $448 million.

Phineas and Ferb are going to need exactly what they are going to do that day in order to meet those numbers.