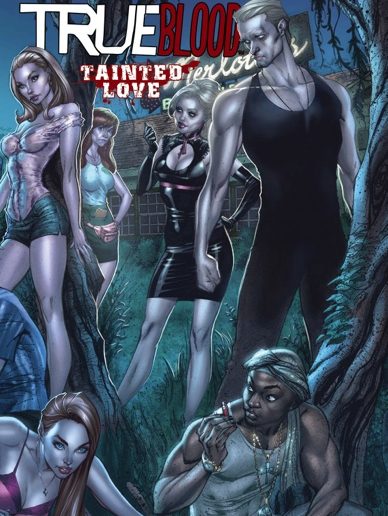 IDW Publishing, in conjunction with HBO, is pleased to announce the launch of the second hardcover True Blood comic collection, TRUE BLOOD: TAINTED LOVE, available in comic and book stores throughout North America starting today, October 11, 2011. This compilation of all six issues from the second series of the mega-hit comics offers an all-new story co-written by True Blood star Michael McMillian and comics fan-favorite Marc Andreyko. The collection features bonus content, including a cover gallery.