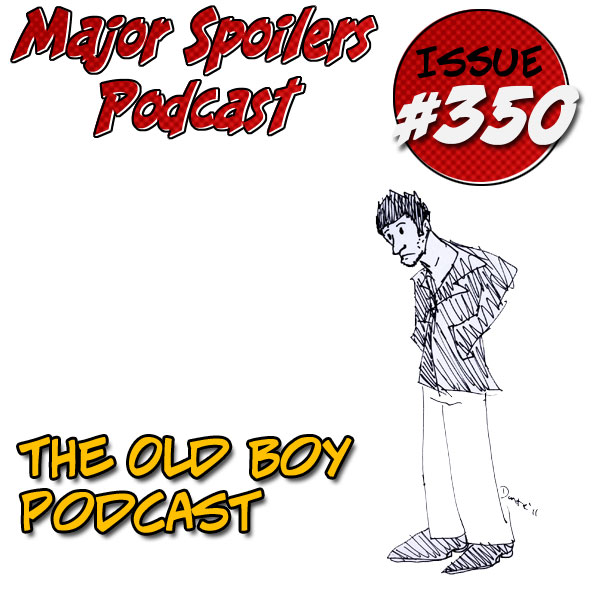 This week on the show: Wonder Woman gets a daddy, The Thing stalks Vikings, Action Comics and iZombie reviewed, plus Old Boy.

REVIEWS
Stephen
Action Comics #2 Written by GRANT MORRISON
Art by RAGS MORALES and RICK BRYANT
Cover by RAGS MORALES In his weakest moment, Superman is taken down – but by whom? And if the world wasn’t ready for a man with super powers, they’re utterly unprepared for the rage of a Superman cornered! The cornerstone character of the new DCU continues his debut adventure!

Rodrigo
The Thing #1
Writer: Steve Niles
Artist: Patric Reynolds
Colorist: Dave Stewart
Cover Artist: menton3
After months of no shipments from settlements in Greenland, a band of Vikings set off for answers only to find themselves pitted against monsters lurking in the icy depths and amongst one another.
Dark Horse Comics and Universal Pictures team up for this prequel comic to the upcoming 2011 motion picture The Thing.

Readers of iZOMBIE know Diogenes as the grizzled monster hunter who has seen it all and done it all. But he wasn’t always so experienced, and everyone has to start somewhere. So join us as we turn back the clock and witness Diogenes’ very first mission, when he journeyed to South America in search of the Vampire Queen of the Amazon – and you won’t want to miss learning his secret connection to Zombie Gwen’s “boyfriend,” Horatio! This issue is illustrated by guest artist Jay Stephens!

Major Spoilers Poll of the Week: Free Time
This week it’s all about something we have very little of – free time.  During those breaks in your day, which of the following activities do you enjoy participating in the most?
[poll id=”203”]

This week it’s all about something we have very little of – free time. During those breaks in your day, which of the following activities do you enjoy participating in the most? [poll id=”203″]

Discussion: Old Boy
Twenty-five-year-old Shinichi Gotō was kidnapped one fateful night and locked up in a private jail for unknown reasons. After ten years of solitary confinement, with only a television set for company, he was suddenly released. The story follows his quest to hunt down the identities of his captors and uncover the reason behind his imprisonment.