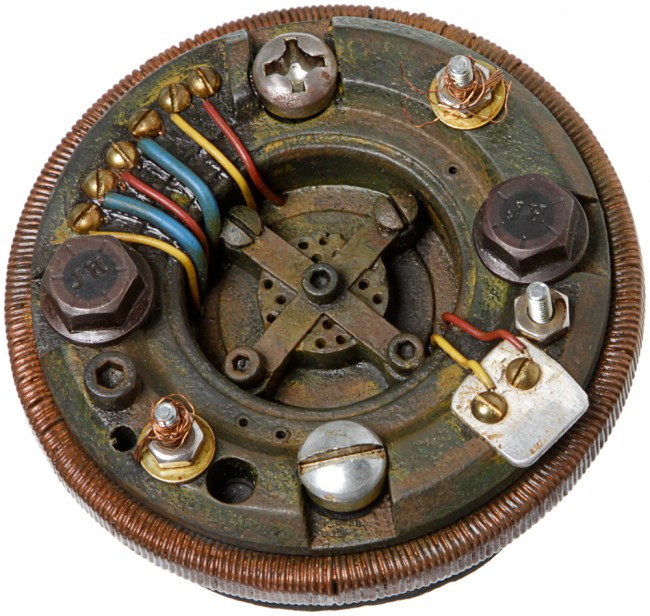 Own official Iron Man 2 and Incredible Hulk props and costumes Propworx, in association with Marvel Studios, announces The Official Iron Man 2 and The Incredible Hulk Prop and Costume Auction encompassing two amazing events featuring props, costumes, production artwork, concept drawings and set pieces from these fan-favorite movies. On October 13 – 16, 2011, Propworx will feature a preview of items from the auction at New York Comic Con at the Javits Center. Following the exclusive preview, Propworx will partner with its’ online auction provider LiveAuctioneers.com to host the online auction on October 22, 2011 at 10:00 a.m. PST.

Over 225 lots of props, costumes, production artwork, concept drawings, and set pieces will be on the auction block including such notable items as the Screen Used Stunt Whiplash V1 Suit worn by actor Mickey Rourke during the entire fight scene at the Monaco Historic Grand Prix. This amazing armor is made from a custom leather vest with the shell of a RT unit on the front, two hand whip handles and whips and features working lights on the back section that run from the top of the suit to the bottom.

The Iron Man 2 Hero Suitcase Armor is also on the auction block and was used by Tony Stark so he could change into Iron Man as needed. This screen used hero version is permanently closed and was used for close up shots and detail work.

Marvel Entertainment, LLC, a wholly owned subsidiary of The Walt Disney Company, is one of the world’s most prominent character-based entertainment companies, built on a proven library of over 5,000 characters featured in a variety of media over seventy years. Marvel utilizes its character franchises in licensing, entertainment (via Marvel Studios and Marvel Animation) and publishing (via Marvel Comics). Marvel’s strategy is to leverage its franchises in a growing array of opportunities around the world, including feature films, consumer products, toys, video games, animated television, direct-to-DVD and online. For more information visit www.marvel.com.

Propworx is the premier auction house Hollywood studios and networks rely on to sell their assets via fan-friendly event auctions.  Propworx’s inaugural production, the year-long Battlestar Galactica Auctions, were one of the most successful Hollywood memorabilia auction events in history, with over 8,000 lots going to fans and collectors worldwide. This was followed by 2010’s Iron Man Auction in Chicago and Star Trek Auction in Las Vegas. The year concluded with the first of three Stargate Auctions, at the EMP|Science Fiction Museum in Seattle. Propworx started 2011 with the official Caprica Auctions, the final Stargate Auctions, the Kevin Smith Auction – Kevin Smith Sells Out: The Official Askewniverse Garage Sale and the October 22, 2011 Iron Man 2/Hulk Auction. (www.propworx.com)