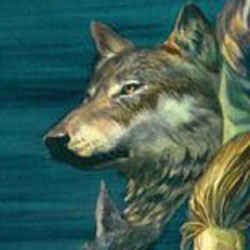 REVIEW: A Game of Thrones #1

In which I review a comic based on a book by the same name.

Previously in A Game of Thrones: Once upon a time, George R. R. Martin wrote a book. The book was A game of Thrones and the year was 1996. The epic fantasy novel kicked off the A Song of Ice and Fire epic fantasy series, and it has been well received, even earning a Nebula Award. In 2011, HBO picked up the book and adapted it into a 10-part mini-series that was also well received by fans and subscribers prompting the next book in the series to be picked up for an adaptation as well.

I’VE SEEN THIS BEFORE, RIGHT?

I’m sure I’m going to lose some “geek-cred”, but I have never read A Game of Thrones. In the last 15 years, my time has been spent buried in comic books, scholarly tomes, and writing books for other companies. It’s not that I wouldn’t read this book, I simply need more free time if it’s going to happen. I also haven’t seen the entire HBO series that just wrapped up a month or so ago. It’s not that I didn’t want to watch the entire series, but the TiVo that recorded each episode is in the family room where young kids hang out. Had there not been as much sex and nudity, I’m sure I would have been able to watch each and every episode.

But I did watch the first episode, and I have to say, this issue followed nearly everything in the show. So, I guess that means Daniel Abraham did a good job in adapting the source material, or at least watching the television series close enough to pull the key elements out of the episode and commit it to paper.  I’ll go with a good adaptation of the book.

I had several problems with the first episode of the television series, and I found those same concerns came up when reading this issue. When creating a new cast of characters and setting them in a fantasy world, unfamiliar names and phrases are going to throw the reader off. I don’t want to have to keep a running list of who is who and what is what in order to understand the narrative. I’m sure the original text goes more in-depth, giving the reader more detail of the who, what, when, and why of this world, but that is nearly lost in this adaptation.

Readers are introduced to a large cast of characters, a setting in fantastic lands, and a possible conflict coming at the central character in the very near future. It’s a lot to get through, and will probably take readers at least a second read to get things sorted.

While I didn’t go to Northwestern for film school, one thing I did learn early on is to not cast “no-name” actors who look a lot alike, because it is going to confuse the audience. When it comes to art, I think that is a rule of thumb that should be taken into consideration. When we are introduced to the family members in this issue, we are easily able to tell the difference between the young redhead son and elder Stark, but the sons are drawn so similar to one another (hair, clothing, build) that the reader quickly gets lost. Realistically, family members do look alike, and I’m not saying one brother should be short, another fat, another blonde, another with dark hair, but distinct characteristics need to be present to make them easily identifiable.

I will say I like Patterson’s style in this book, it’s a bit more loose and “cartoony” than what I expected from a Dynamite book. He goes into great detail in every panel, and the world of the North (and later in Pentos). I like the style, it’s pretty, and I found myself gazing deep into the panels when my mind started to wander when the text became too dense.

Since this is my first true introduction into the world of A Song of Ice and Fire, I’m trying not to be as critical as some fans might be. Though the text needs a second reading to get the characters and the nuances nailed down, it is strangely engaging. The art is wonderful to look at with all the detail contained in each panel, and I’m willing to give this series more of my time. I think fans of the book and television series will enjoy this condensed reading as well, and I’m giving A Game of Thrones #1 3.5 out of 5 Stars.